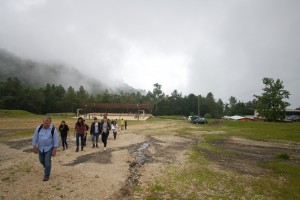 The delegations which travel to Chiapas in late June experience eight days’ worth of intense and transformative experiences. During the first few days, in San Cristobal de las Casas (the old imperial capital), we learn about the situation: political and economic analysis from CIEPAC; its social and moral meanings from Jorge Santiago, director of DESMI; the history of the Zapatista movement, from Enlace Civil; psychological issues among the tens of thousands of displaced persons in Chiapas, from Fray Bartolome de las Casas; abuses by the military and paramilitaries, from indigenous Human Rights Defenders; films made by villagers themselves which document their struggle, at the Chiapas Media Center.

Individuals also come to talk over things with us at coffeehouses and in the hotel: a radical priest, a newspaper publisher who was the Zapatista candidate for governor, farmers whose communities were overrun by the army and paramilitaries.

We travel to three of the five regional centers of Resistance in Chiapas, which contain the cooperative centers the University Project is working with. There we talk with Zapatista comandantes and the recently established Good Government Councils (Juntas de Buen Gobierno), the governments of these regions. Conversations are extensive, and illuminating. 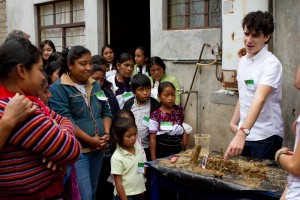 The last two days, in San Cristobal, we meet with representatives of the cooperatives which make up the Women of Corn in Resistance. We play games and dance and sing and eat and take walks together. We build clay models of our communities and explain them, we put on skits where students portray scenes from the women’s life and vice versa; and we explain to each other the nature of marriage, education, work, medical care, etc., in our different communities. On the last day, we talk about the artisan work itself — suggestions about designs and new products, sizing, marketing possibilities, and so on.

These trips are in no way affiliated with any of the schools or universities associated with the Chiapas Project.