The Dreams of the World 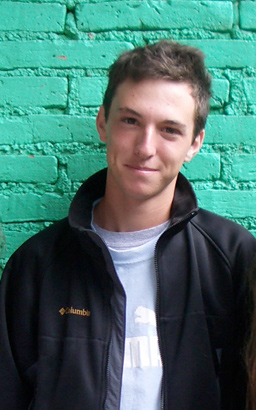 It’s ironic (and maybe a bit lucky) that during our week-long delegation to Chiapas the EZLN announced the most major changes to its operation since the organization’s public debut twelve years ago. Of course, at the time we didn’t know what was going on; neither did our guides nor anyone else we talked to.

We were in a moment of grand uncertainty but certain history.

Rumors circulated as the communiqués came out and became longer and more cryptic. They started off with a jolting “Red Alert” which thanked “internationals” for their help over the last twelve years but urging them to leave “rebel territory… Or, if they decide freely of their own volition, they remain on their own and at their own risk” (communiqué 6/19/05). A later communiqué clarified that the reason for the Red Alert was a new plan, an “other thing,” one that they said could jeopardize all of the progress they had made over the last twelve years (communiqué 6/21/05).

What was this “other thing”? A military offensive? Would it threaten the cease-fire agreement? For those of us, myself included, who weren’t completely familiar with the complexities of the Zapatista movement, this was a firsthand look that made the history more tangible, the struggle more real.

The history became at once more alive but also more historical. The activists we met with at our daily coffee shop rendezvous in San Cristóbal de las Casas talked about the caracoles and juntas as if they were history – these are essential parts of the autonomous municipalities set up by the Zapatistas, which had been fully functioning only days before our group arrived in Chiapas. It wasn’t entirely clear what political developments could issue from the Red Alert and the following communiqués, but for now suffice it to say that those early, alarming communiqués limited our stay to the city of San Cristóbal. The villages and Zapatista centers (normally central parts of the Chiapas trip) were out of the question not only because of the potential danger, but because all of them had been evacuated. The Zapatistas’ constant sense of urgency and their organic nature became clear in the way that they announced what was to become the Sexta Declaración de la Selva Lacandona (or the “other thing”).

The EZLN’s fight has never been a lonely or hermetic one, but neither has it been quick or all that efficient. As Oscar Wilde once said of socialism, “The problem is that it takes too many evenings.” Reaching the decision to make the decision at all seems to have taken more than two years; and once it was made, during the week we were in Chiapas, commandantes traveled to each Zapatista village (estimates say more than 1,000) to consult with each villager about the plan.

From the beginning, the Zapatistas have separated themselves from traditional the Marxist guerilla groups operating in Central America that seek state power (often by means not unlike the government’s and paramilitaries’ they face) because they fight against the corruption not only in Mexican politics, but the corruption inherent in the capitalist system, and especially its newest, greatest excess – “neo-liberalism.”

The EZLN first came to public attention on January 1, 1994, the day NAFTA (the North American Free Trade Agreement, the first among many pieces of international legislation that liberalized trade policy – more on all this in a moment) went into effect. Few have read the document, which is long and written in esoteric, textbookish language, but the agreement provided a boon for multinational corporations and agribusiness. It gave corporations an unprecedented voice and at the same time invented a cruel calculus that placed profit above democracy and corporate globalism above justice. Already marginalized people (the indigenous Maya in Mexico, especially) suffered most from legislation like NAFTA, which was drafted by and served the elite’s interests in every country.

The classic example is that of the Mexican corn farmer who, after the borders were open to American corn, could not compete with the corn subsidized by the American government, which flooded the Mexican market. NAFTA also removed worker protections and the protectionist policies that have regulated most nations’ economies since they had an industrial economy at all. For the Mayan Indians of Chiapas, NAFTA was the straw that broke the camel’s back – they had felt the full brunt of Western incursion since the “globalization” of Columbus, Diaz and Drake.

But the Zapatistas have never envisioned their struggle as local, because such a vision would deny the reality of the global scope of the problems they fought against. Subcomandante Marcos (the EZLN’s charismatic contact with the West) wrote with his usual elegance about the universal nature of the Zapatista struggle:

Marcos is gay in San Francisco, black in South Africa, an Asian in Europe, a Chicano in San Ysidro, an anarchist in Spain, a Palestinian in Israel, a Mayan Indian in the streets of San Cristobal, a gang member in Neza, a rocker in the National University, a Jew in Germany, an ombudsman in the Defense Ministry, a communist in the post-Cold War era, an artist without gallery or portfolio… A pacifist in Bosnia, a housewife alone on Saturday night in any neighborhood in any city in Mexico, a striker in the CTM, a reporter writing filler stories for the back pages, a single woman on the subway at 10 pm, a peasant without land, an unemployed worker…an unhappy student, a dissident amid free market economics, a writer without books or readers, and, of course, a Zapatista in the mountains of southeast Mexico. So Marcos is a human being, any human being, in this world. Marcos is all the exploited, marginalized and oppressed minorities, resisting and saying, ‘Enough’!

Statements like this give some context to the political developments that we witnessed during our last delegation.

But what does it mean for the Zapatistas to, in effect, expand operations and in so doing give less attention to the people who they have helped and who have formed their base of support for the last twelve years? The Mayan people have shaped the character of the organization fundamentally. Can this change? Can the Zapatistas represent marginalized peoples around the world with the same power they did Chiapas’ indigenous?

The practical issues are many. The EZLN took decades to organize itself; how can it hope to re-organize in so little time? What happens when the EZLN becomes part of a national political organization? Will it have to disarm? Will its members take off their masks? Would they be in any danger of prosecution from the Mexican government? (They are, after all, an illicit guerilla group operating outside the law.)

Because the Zapatistas have strayed away from any particular ideology, will forming alliances with international leftist groups threaten their integrity as a non-ideological organization?

These are questions whose answers will only come in the long months ahead and ones that even the new communiqués (July 10-13) do not adequately address.

If successful, the Zapatistas’ latest plan could prove to be the beginning of something wonderful for an era where hope (especially in empowering the world’s most vulnerable) seems like a luxury only the moneyed and deluded can afford. But then again, the Zapatistas have, over the last twelve years, infused feelings of great hope and self-determination into a place where those things had not existed for five hundred years.