The Speed of a Snail 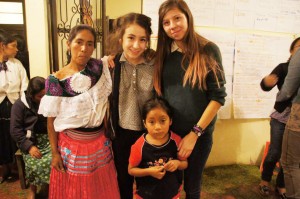 It’s been almost two weeks since I returned to Los Angeles after deeply memorable and life-altering days in Chiapas. I cannot even begin to express the surge of emotions which devoured me as I stepped outside of the airport into the vibrant and fast life of a Tuesday night in Los Angeles. I was overwhelmed by the speed of everything happening all at once. The idea of multi-tasking seemed unearthly. Everywhere I turned there was constant action: cars were honking, people were talking at frightening speeds, lights were flashing, elevators arriving, luggage rolling, music playing, chewing, laughing, crying. I couldn’t handle it. Where were the silent landscapes? Where were the green hills? What about the wandering cows and goats?

My mom was asking me questions I had no answer to. My brother was driving and talking and attempting to text all at the same time. I was sitting down with my sleeping bag on my lap, confused and overwhelmed by the speed and number of actions occurring. I couldn’t follow anything. My mind was still in Chiapas; I was still traveling at the speed of a snail. I could only stare out the window into a dark sky contaminated by artificial lights and billboards. I was stuck in the world of Chiapas, unable to feel any excitement about being home.

I was outside, watching one of the most poetic and inspirational individuals I’ve ever met – Julio, our van driver — drive off on his motorcycle with his son, when I heard someone tell me, “Erica is leaving!” Erica is ten, and we became extremely close during my last days in Chiapas. I had spoken to her earlier about my departure to Los Angeles but I didn’t exactly realize that it meant I would probably never see her again. I saw her eyes tear up as she told everyone good-bye, but I could tell that she was trying to hide a lot of the emotion. As I hugged her, it struck me that this would be the last time. The thought of not seeing her again was painful, something I had never really dealt with. It didn’t fully hit me until her mother hugged me and told me kindly in Spanish, “It was a pleasure meeting you. I hope you have a great life.” And there it was. “I hope you have a great life.” During good-byes, I’m accustomed to hearing, “I’ll see you later.”

It was difficult to accept that we would probably never cross paths again. Our worlds are so different from each other but somehow we met halfway and created real friendship. She was going back to her village with her family and I was leaving on a plane the next morning. Even though I only knew Erica and her family for two days, it felt as if I’d known them forever. I have hope, still, that we will meet again.

In just nine days, I came to appreciate and respect so many women, men, and children. The time they take for each word, each movement, each giggle or gesture is admirable. In our fast-paced life, few take this time anymore. Patience is disregarded as an important attribute and distractions keep us busy. Often we become so involved in our own lives that we forget others exist, and without realizing it we become selfish and egotistical.

Apart from the other thousands of things I learned in Chiapas, I took in the importance of giving yourself the time to step outside of your life and take a moment to think. With so many things going on, sometimes we forget to do this most simple and essential thing: think. We forget to give ourselves time to think about others, time to appreciate the slow pace of the natural world, time to breathe.