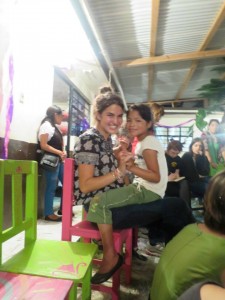 Since arriving home from debate practice, I had avoided Henry David Thoreau. As usual, I began my night by making a list of all that I had to do and worked through the tasks one by one. I finished my calculus homework, wrote my US history paper, researched an argument I was not able to refute during debate practice, and reviewed the agenda for our weekly Cultural Awareness Club meeting.

Now it was getting late, and I had no choice but to face my English assignment: read two chapters of Thoreau’s Walden, pick one sentence from each, and write a “response” in two complex Thoreau-esque sentences. Though I loved English, I felt no excitement for this particular task. I wanted to write a profound analysis of the sentence I had selected and to know when I was doing so. Thoreau wrote that truth came from within, but I only wanted my teacher to validate that what I was thinking was correct. When our class finally finished the book, I was relieved the unit was over, but the “A” that I ended up with on the Walden unit felt hollow.

The rest of my junior year proceeded as planned.  I did well in my courses and on the necessary standardized tests. Summer came, and with it an engaging internship at a social justice organization, preliminary work on my college applications, and a cultural immersion trip to Chiapas, Mexico with my school. I was working through the checklist for success. The Chiapas trip sounded incredible, but as it approached, I found myself overwhelmed by all there was to do with my senior year looming. It seemed to be the wrong time for the trip. Even as we were taxiing away from the terminal, about to leave for Mexico, my mind rushed with anxious thoughts regarding the multitude of things I would not be getting done when I was away.

As soon as I stepped off the plane in Mexico and felt the gentle humidity in the air, everything slowed down. Walking through the cobblestone streets of San Cristobal, I felt comforted and peacefully embraced by the lush, green mountains that encircled the city. Driving on the windy mountain road on the way to a Zapatista caracol, I noticed the hidden waterfalls, the sounds of the birds, the way the clouds rested on the mountain peaks. The cool breeze brought with it an unexpected, calming clarity.

One morning we visited a self-sustaining “trade school” run for and by indigenous people, nestled between two hills.  I explored the grounds of the school and saw young women quietly embroidering beautiful flowers onto fabric; men constructing the shoes worn throughout the school; colorful murals telling Mayan stories; strong brick buildings the students had constructed themselves in which they worked, ate, and learned.

After several busy days, our group joined together to share reflections. As my peers took turns articulating their thoughts, I could not help but think about the students at the school. They had been on my mind since our visit: the way they were completely engrossed in their work, stopping only when their work met their own high standards; the way they acted selflessly, treating the earth and each other with respect. They performed their tasks with dignity and without the need for acknowledgement through grades, degrees, or titles. Their motivations were much purer than mine. I thought back to my checklist for success, to the hollow A, to my need for my English teacher’s validation.

Once home, I was again greeted by the stress of senior year. But I would often think back to my time in Chiapas, the people that I met, and the feelings that I felt while I was there. When I began to feel overwhelmed, I would think about the students at the school that we visited in Chiapas — my Walden Pond.